De Jori, a business analyst and finance critic by background and renowned Hamburg based economy scientist, Reimund Homann, along with a small team of scientists, technicians, and developers, have spent the last few years perfecting and testing the cash security system DICE, its first hybrid product that unifies artificial intelligence and the daily life, which they believe could prevent cash crimes, in addition to solving all security-related complications of cash systems today, including passports and terrorism. 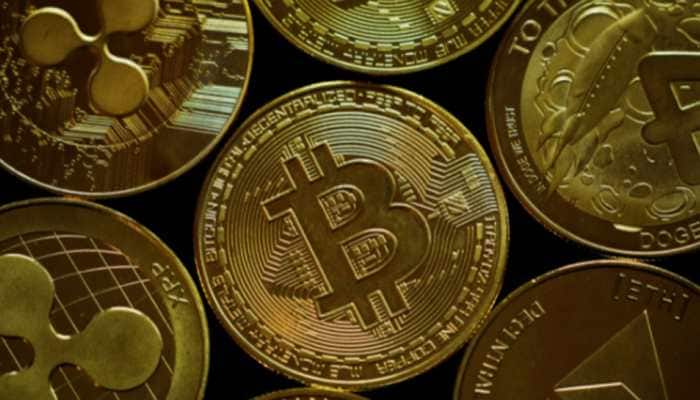 The innovation offers the opportunity for global change that will solve countless conventional problems with one single system and would allow central and national banks to supervise and analyze all cash circulation without interfering with the privacy of the citizen. It not only produces anti-counterfeit bills but provides for the first time in the history of cash an insurmountable protection financial investment. Categorized as a semi-governmental project for the public benefit and classified as a “Governmental Reformation Venture” (since an effective implementation could only be achieved through official ways and with the support from governments), the technology is currently subject to negotiations with governments and national banks for a global implementation of the system.

The development of the DICE (acronym: Dynamic Intelligent Currency Encryption) emerged from the unquestionable need for a financial system that protects money while upholding the highest level of security and privacy. Contingent identifiable banknotes, preferably with a custom-frequency and secure RFID or machine readable codes like Datamatrix, the DICE integrates reliable and innovative technologies that combine their advantages to incorporate them into an optimized security. Starting from the identifiable banknote that connects to a digital security system to verify the banknote’s validity, a key feature is also the ability to devaluate banknotes that may have been stolen from a DICE user or which are illegally circulating.

It is the goal of EDAQS that the whole banking and retail sector as well as all entities with regular cash circulation will participate in the DICE system. So far, EDAQS has concentrated most of its resources on preventing cash crimes and forgery, but also to save cash from vanishing as it is happening in Scandinavian countries. But thanks to the recent series of external appraisals, the DICE has been estimated at an averaged valuation of $5. 6 billion and has plans to skip a scheduled seeding process to immediately raise capital in a Series A financing, after undisclosed leading capital investors and EDAQS lobbyists showed interest to jointly take over the global implementation of the innovative and futuristic banknote system. As part of the planned spin-off, the new company will create two strong market leaders with distinct brands, partners, operating characteristics and industry dynamics.

DICE combines several technologies and intelligent techniques to solve almost all problems that governments claim to be the reason for the planned abolition of cash. DICE protects the citizen, the retailers and even the banks. And it gives cash a new and indisputable reason to live on.

Among a range of new development models there are many advantages of DICE. Firstly, counterfeiting of banknotes will be a thing of the past and with the counterfeited value being higher than the production costs, counterfeiters would naturally have to undergo immeasurable efforts. Second, robberies will become less attractive and even with a limited use of DICE, the risk of a worthless robbery would be higher than the ultimate gain. DICE also combats crime and as a result general cash-related crime will be reduced by almost a quarter on the basis of the official crime statistics for Germany released by the police (5. 96 million offenses in 2013). The incidental registration of the banknotes would also make it easier for banks and companies to manage cash as the complications of handling illicit money result in higher tax revenues.

In addition to mapping out the prevention of cash crimes and forgery, EDAQS hopes to fight drug cartels and terror financing on a totally different level. The remote deactivation of banknotes opens up new effective tools in the fight against the financing of terrorism. From drug cartels to Mafia organizations, the ever-present possibility of the money being devalued later and the potential of determining the last retailer scanned position makes cash uninteresting and risky. With a profound change for legal tenders and other securities where its use would make sense, DICE provides passive protection mechanisms that have a preventive effect on the users’ security without impairing their privacy and gathers valuable geographical data of cash circulation in the process. Such data could be used to analyze the financial stability of a country.

If current government trends continue, a cashless economy does seem on the rise. And while there are certainly positive outcomes that can be obtained by going cashless not all is rosy however. The darker aspect of a cashless society, is one which few are debating or discussing, but is actually the most pivotal in terms of social engineering and transforming communities and societies. There are understandably concerns about privacy, especially when payments are made through social networks and above all there is an incalculable cost to our humanity. We would lose our freedom to make decisions. It is easy to imagine a totalitarian regime using these tools to great harm. In the digital age, cash is directly confronted by technological progress with crypto-currencies like Bitcoin and contact-less payment methods like Apple Pay, Google Wallet or QuickPay. However such technologies can be subject to monitoring and can be regulated in ways that could limit or even end its utility.